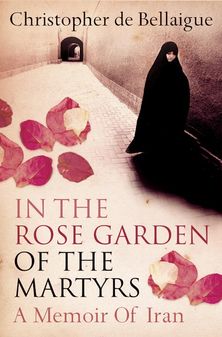 In the Rose Garden of the Martyrs

Few historians and journalists writing in English have been able to meaningfully examine post-revolutionary Iranian life. Years after his death, the shadow of Ayatollah Khomeini still looms over Shi’ite Islam and Iranian politics, the state of the nation fought over by conservatives and radicals. They are contending for the soul of a revolutionary Islamic government that terrified the Western establishment and took them to leadership of the Islamic world. But times have changed. Khomeini’s death and the deficiencies of his successor, the intolerance and corruption that has made the regime increasingly authoritarian and cynical, frustration at Iran’s economic isolation and the revolution’s failure to deliver the just realm it promised has transformed the spirit of the country. In this superbly crafted and deeply thoughtful book Christopher de Bellaigue, who is married to an Iranian and has lived there for many years, gives us the voices and memories of this ‘worn-out generation’: be they traders or soldiers, film-makers or clerics, writers or taxi-drivers, gangsters or reformists. These are voices that are never heard, but whose lives and concerns are forging the future of one of the most secretive, misunderstood countries in the world. The result is a subtle yet intense revelation of the hearts and minds of the Iranian people.

Reviews of In the Rose Garden of the Martyrs