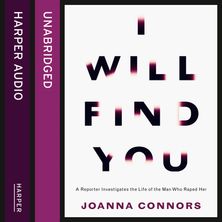 A compelling and hard-hitting memoir which follows one woman’s search, 20 years after the attack, for answers about her rapist.

JJoanna Connors was thirty years old when she was raped at knifepoint by a stranger.