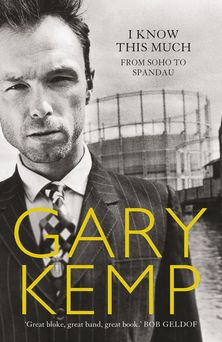 I Know This Much – by Gary Kemp, Spandau Ballet’s prime mover – is simply the freshest, most exciting and best-written memoir to arrive for years.