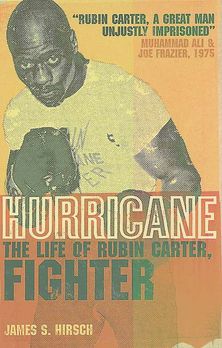 Rubin Carter is the Hurricane. A pistol shot in a bar room ruined his chances of becoming the middleweight champion of the world. But he did not fire the gun. Nineteen long years in prison, a massively high profile campaign to release him that failed, and the persistence of an unlikely supporter finally saw him free.

Reviews of Hurricane: The Life of Rubin Carter, Fighter