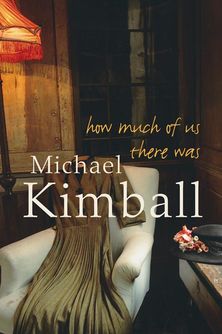 An intense, heartbreaking novel from one of the brightest and most unusual voices in American fiction.

‘Fine, precise and shocking, but how will Kimball follow this incredible debut?’ asked The Times in 2001. ‘How Much of Us There Was’ is Michael Kimball’s bold reply. It is a small masterpiece.

A husband wakes up to find that his wife has had a seizure during the night. An ambulance is called and she is rushed to the Intensive Care Unit at a nearby hospital, where she lies in a coma. By day he sits anxiously beside her. He tries to think of ways to wake her up. He brings familiar objects to her bedside – her books, her hairbrush, flowers from their garden. He talks to her. He exercises her limbs. At night he sleeps in the chair at her bedside, dreaming that she will wake up, so that they can go back home.

Years later the story of this same slow death is re-told by their grandson. He wants to understand his grandmother’s life and death, what it meant to his grandfather, and what it means to him. He wants to understand the long and deeply loving marriage between his grandparents, and – in his own words – ‘how love can accumulate between two people over and through two lifetimes’.

‘How Much of Us There Was’ is a poignant, heartbreaking and ultimately hopeful novel, from an extraordinary voice in American fiction.