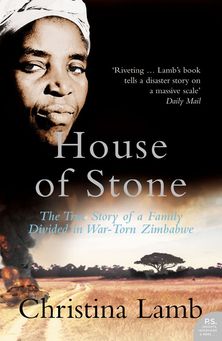 One bright morning Nigel Hough, one of the few remaining white farmers in Mugabe’s Zimbabwe, received the news he was dreading – a crowd were at the gate demanding he surrender his home and land. To his horror, his family’s much-loved nanny Aqui was at the head of the violent mob that then stole his homestead and imprisoned him in an outhouse By tracing the intertwined lives of Nigel and Aqui – rich and poor, white and black, master and maid – through intimate and moving interviews, Christina Lamb captures not just the source of a terrible conflict, but also her own conviction that there is still hope for one of Africa’s most beautiful countries.

Reviews of House of Stone