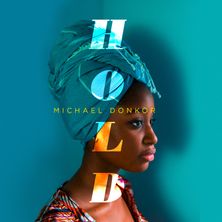 Belinda knows how to follow the rules. As a housegirl, she has learnt the right way to polish water glasses, to wash and fold a hundred handkerchiefs, and to keep a tight lid on memories of the village she left behind when she came to Kumasi.

Mary is still learning the rules. Eleven-years old and irrepressible, the young housegirl-in-training is the little sister Belinda never had.

So Belinda is summoned from Ghana to London, and must leave Mary to befriend a troubled girl who shows no desire for her friendship. She encounters a city as bewildering as it is thrilling, and tries to impose order on her unsettling new world.

As the Brixton summer turns to Autumn, Belinda and Amma are surprised to discover the beginnings of an unexpected kinship. But when the cracks in their defences open up, the secrets they have both been holding tightly threaten to seep out.