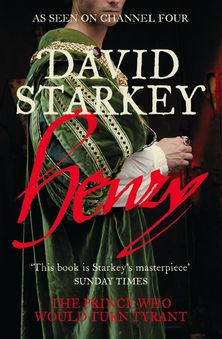 Larger than life in every sense, Henry VIII was Britain’s most absolute monarch – but he was not born to rule. In this brilliantly readable history, David Starkey follows the promising young prince – a Renaissance man of exceptional musical and athletic talent – as he is thrust into the limelight after the death of his elder brother. His subsequent quest for fame was as obsessive as that of any modern celebrity, and his yearning for a male heir drove him into dangerous territory. The culmination of a lifetime’s research, David Starkey’s biography is an unforgettable portrait of the man behind the controversies, the prince turned tyrant who continues to tower over history.