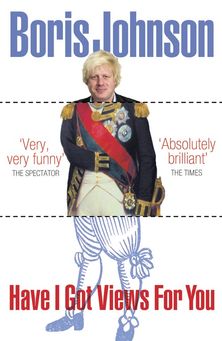 A witty anthology of pieces comprising Boris Johnson’s thoughts on everything from Tony Blair to the idiosyncrasies of modern British culture. With new artilces on subjects as varied as Iraq, football, population control and bike theft, Johnson takes us on a rollercoaster ride through contemporary Britain. He has also interviewed many of the key figures in the political and cultural worlds over the last sixteen years and addresses what these personalities tell of our age. Boris Johnson is one of the great political characters of our time and his writings have appeared in a variety of British and American magazines and newspapers. Vigorous, idiosyncratic, always intelligent and informed, with a very interesting perspective on our times, ‘Have I Got Views For You’ is a pleasure to read.