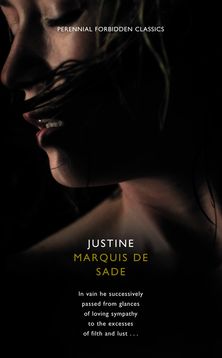 Who suffers in the pursuit of desire? The Countess de Lorsange reveals her history, in a tavern, to a young woman named Therese; where a young girl and her sister fight a battle of morality. Set in a period before the French Revolution, Justine shows the battle of virtue versus vice, where earning your keep takes on fresh connotations, and a titled lady holds a lifetime of illicit secrets.