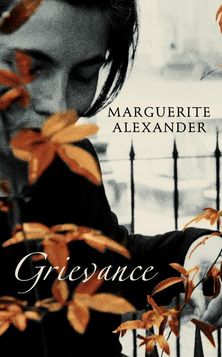 A moving novel about the relationships within families and between friends, told through the touching story of a young woman starting out on a new life in London, on a quest to escape the claustrophobia of her small hometown.

Nora Doyle, a young Irish girl, has come to university in London. A loving and idyllic childhood was brutally cut short when she was forced to assume the responsibility of looking after her Downs Syndrome brother while her parents, devastated by his birth, retreated into their collapsed lives. Only Nora gave her brother the love, care and attention he needed, but she had to endure the watchful eye of her bullying, dogmatic father and the resentment of her crushed, self-pitying mother.

To escape the small-town claustrophobia of a Northern Ireland battered by political and religious divisions, Nora begins a new life in London. In excited anticipation of finding friends and caring adults to replace her own lack of parental love and normal family life, she instead becomes the obsession of her narcissistic lecturer and finds it hard to connect with her peers who fail to understand her vulnerable reserve. Nora finally realises that she can escape from her family, but her behaviour and relationships with those around her continue to be shaped by her upbringing.

Written with sensitivity and a rare emotional insight, and cutting back and forth in time between Nora’s life in London and the sadness-tinged world of her childhood, this is a richly woven story about how we make connections and what it is that severs them.