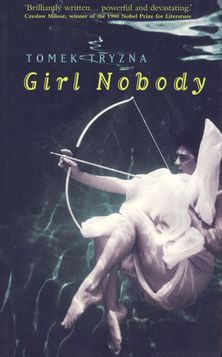 This European bestseller is a novel of adolescence at once hilarious and frightening, interweaving acute observation of character with the dazzlingly surreal. The 15-year-old narrator describes how she is befriended by two very different girls in turn, the effects they have on her life: how they inspire and confuse and ultimately betray her.

Marysia Kawczak, growing up in the grey, flat lands of rural Poland, feels she is destined to become, like her mother, ‘a fifteen-stone lump of fat with varicose veins.’

But at fifteen years old she moves with her family to the nearest industrial town, where two passionate friendships explode her assumptions and fill her world with colour and confusion.

From Kasia she learns about music, inspiration and blasphemy. From Ewa she absorbs the temptations of the flesh. But when she discovers her adored friends are in cahoots against her, cruelly dubbing her ‘Miss Nobody’, she feels horribly betrayed, and a perfectly ordinary loss of innocence turns into tragedy.

Rarely has a novel delineated the chaos of adolescence with such vivid acuity, blending the everyday with the surreal and revealing a universe both forbidding and magnificent. Esther Freud described it as ‘a whirlwind…inspired…’

Reviews of Girl Nobody