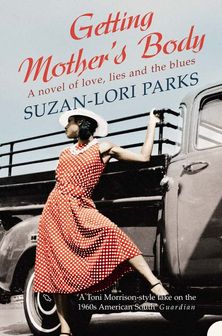 In the 1950s, in a small southern town in the US, the Beedes are the lowest of the low. Always struggling, they remain shackled by poverty and their own lack of ambition. Everyone, but sixteen-year-old Billie Beede. Billy Beede has big ideas about her life. She’s had the Beede misfortune to get pregnant by an itinerant coffin salesman. And when he proves to have a wife and seven kids in another town, she determines to try her luck elsewhere. The answer seems to be in the hem of her mother’s dress, her mother who died ten years ago. The rumour is that Willa Mae – a Billie Holiday look-alike – was the only Beede who made good, and was buried with a pearl necklace and a diamond ring sewn into the hem of her dress. Billie – and all her relatives – aim to get their hands on this treasure and make something of themselves. What follows is a mad road trip that evokes shades of Faulkner – in its potent earthiness – but also has the approachability and warmth of novels like The Colour Purple. This is a fantastic debut novel from an accomplished and well-loved American playwright.