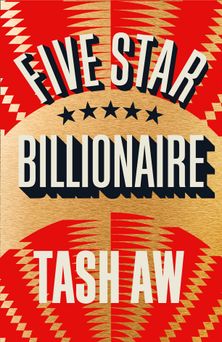 Justin is from a family of successful property developers. Phoebe has come to China buoyed with hope, but her dreams are shattered within hours as the job she has come for seems never to have existed. Gary is a successful pop artist, but his fans and marketing machine disappear after a bar-room brawl. Yinghui has businesses that are going well but must make decisions about her life. And then there is Walter, the shadowy billionaire, ruthless and manipulative, ultimately alone in the world.

In ‘Five Star Billionaire’, Tash Aw charts the weave of their journeys in the new China, counterpointing their adventures with the old life they have left behind in Malaysia. The result is a brilliant examination of the migrations that are shaping the new city experiences all over the world, and their effect on myriad individual lives.