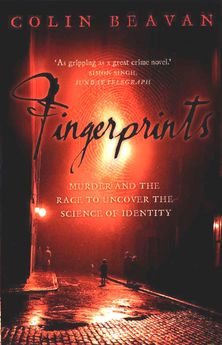 A fascinating exploration into the history of science and crime. In the tradition of ‘Fermat’s Last Theorem’, FINGERPRINTS is the story of the race to discover the secrets trapped in the whorls and arches found on the palm of one’s hand.