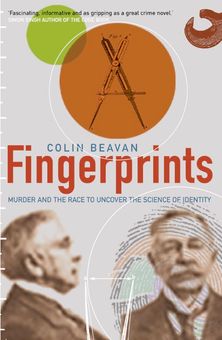 The extraordinary true story of the development of the science of identity and the history of fingerprint detection.