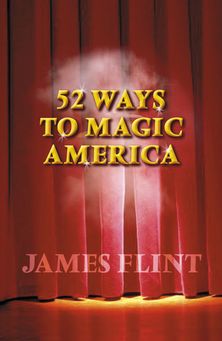 A wry story of illusion and deception from the fading coastal resorts of England.

Marty has been practising magic since he was eight. He loves the attention, not least at school where his deft card tricks offer him a way round the embarrassment of actually talking to girls. But how can any serious magician who dreams of following his heroes Siegfried & Roy to the glittering lights of Las Vegas, still be employing his little sister as his assistant ?

A post-show drinks party at the Young Magician of the Year at the Crucible in Sheffield, (the last event in the calendar before the World Snooker Championships) offers Marty’s faltering career a way forward. The award winning duo of Darren Watt and Terri Electric are going their separate ways and it doesn’t take long for Marti to coax Terri into becoming his partner on stage and in bed. Terri is everything Marty could dream of, a talented gymnast, an able assistant and a spitting image of Princess Diana. From cabaret bookings in Brighton, Eastbourne and Worthing the pair finally hit the big time with a summer’s booking in the Caribbean.

A summer is all it is though. Even before their sun-kissed skin has had chance to fade both Marty and Terri know that the autumn circuit back in the UK is going to be tough. By the time they reach the annual Magician’s Convention in Blackpool on a bleak weekend in February it is clear that their act needs freshening up.