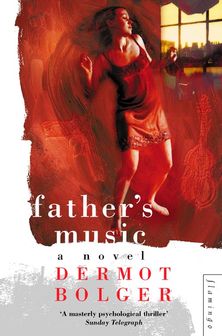 From one of Ireland’s bestselling writers, a literary thriller set in London and Dublin.

A combination of family fable and gripping thriller, ‘Father’s Music’ tells the story of Tracey, the troubled twenty-two-year-old daughter of an Englishwoman and a wandering musician from Donegal. She knows very little about her father, who returned to Ireland before Tracey was born, but when she is taken to Ireland by her lover, a Dublin businessman with underworld connections, Tracey at last feels she is coming home – to her father’s land.

Caught up in Dublin low-life, tormented by memories of her dead mother and eager to follow up news of her father, Tracey finds her journey home to be a dangerous and extraordinary one…