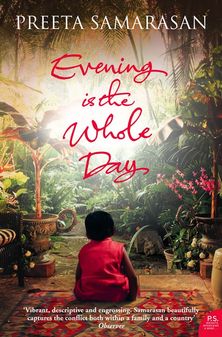 A spellbinding, exuberant first novel, set in Malaysia, that introduces us to a prosperous Indian immigrant family, as it slowly peels away its closely guarded secrets.