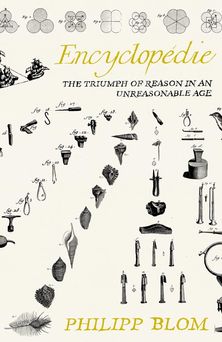 Encyclopédie: The triumph of reason in an unreasonable age

The story of one of the most revolutionary books in history – the Encyclopedie and the young men who risked everything to write it.

In 1777 a group of young men produced a book that aimed to tear the world apart and rebuild it. It filled 27 volumes and contained 72,000 articles, 16,500 pages and 17 million words. The Encyclopedie was so dangerous and subversive that it was banned by the Pope and was seen as one of the causes of the French Revolution.

The writers included some of the greatest minds of the age: Denis Diderot, the editor, who had come to Paris to become a Jesuit but found the joys of the city too enticing; d’Alembert, one of the leading mathematicians of the 18th century; Rousseau, the father of Romanticism and Voltaire, the author of ‘Candide’.

During the sixteen years it took to write, compile and produce all twenty seven volumes, the writers had to defy the authorities and faced exile, jail and censorship, as well as numerous internal falling outs and philosophical differences. Yet, in the end, they produced a book that would act as a bomb that exploded at the centre of civilisation and changed the world forever.

Reviews of Encyclopédie: The triumph of reason in an unreasonable age