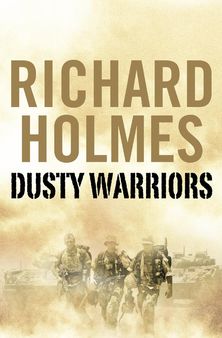 In this remarkable book, Richard Holmes draws on the testimonies of the 700 soldiers of the Princess of Wales Royal Regiment to capture in vivid detail the average soldier’s day-to-day experience of war. Embroiled in a conflict often too dangerous for reporters to cover, these soldiers – most of them young, many without any previous experience of warfare – have kept ongoing records of the drudgery, anxiety and horror involved in fighting a violent and increasingly unpopular war against a ruthless and resourceful enemy. All have risked their lives, and many have died. Others have been recognised and awarded for their courage, resourcefulness and gallantry – Private Johnson Beharry recently became the first man to be awarded the Victoria Cross in twenty-three years. With these intimate and revealing glimpses of life in the modern army, Richard Holmes paints a sweeping portrait of a new generation of soldiers – grunts, gallants and heroes – and the sacrifices their decision to fight for their country entails.