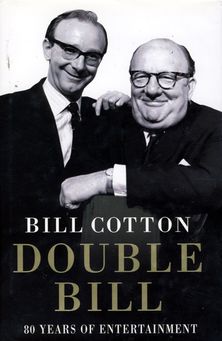 It is also the intriguing story of a unique relationship between two of the most successful men in the British post-war entertainment. Double Bill is the revealing story of the legendary band leader, Billy Cotton and his namesake son, Bill Cotton Jnr who became Managing Director of BBC Television. One, a star performer who for decades was a national institution, the other, a talent spotter, TV producer and impresario who introduced to television many of Britain’s biggest stars and best loved shows.