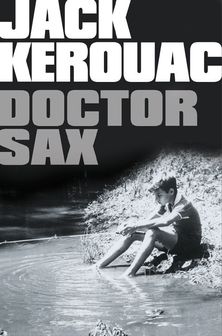 Of all his books, Doctor Sax was the one Jack Kerouac loved the most. He began writing it in 1948, but wrote the greater part of it in 1952, when he was staying in Mexico with William Burroughs.

Told through the character of Kerouac’s fictional alter ego, Jack Duluoz, the novel tells the story of his extraordinary childhood in Massachusetts. A clever and rebellious boy, playing among the river weeds and railroad tracks, going to the movies, reading pulp comics and watching cartoons, Jack creates an imaginary world of strange, new possibilities. Within this world lies the weird and wonderful Doctor Sax…