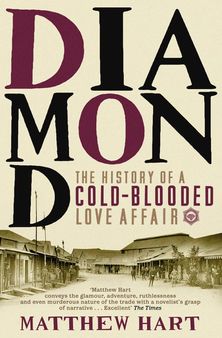 The history of man’s love affair with a completely useless gem.

Diamonds are almost completely useless but prized above all other gems. Historically they have attracted crimes of passion and awful cold-blooded efficiency, have bedazzled the greatest filmstars and the most opulent courts, and provided the incentive for adventure, destruction and greed on a monumental scale. No one company is more identified with diamonds than the South African-based De Beers.