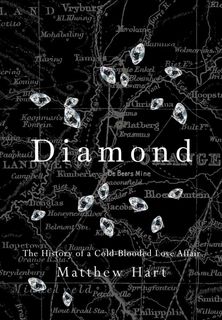 A race to prospect and discover a pipe of kimberlite in the remote Barrens of Northern Canada prefigure a much larger story: of a diamond strike to overshadow all previous ones, that would fracture the airtight cartel established by De Beers and once more show what men and women are prepared to do in the name of romancing this particular stone.…

Diamonds are almost completely useless but prized above all other gems. Historically they have attracted crimes of passion and awful cold-blooded efficiency, have bedazzled the greatest filmstars and the most opulent courts, and provided the incentive for adventure, destruction and greed on a monumental scale. No one company is more identified with diamonds than the South African based De Beers.