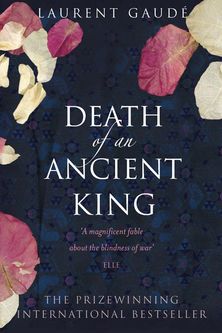 Death of an Ancient King

The international prize–winning bestseller, from a hugely popular writer dubbed ‘the darling of the booksellers’ by the French press.

King Tsongor is getting old. Having governed his immense empire peacefully for many years, he prepares to give his lovely daughter Samilia away to her official suitor, the prince of the Lands of Salt. The streets outside the palace are filled with rose petals, and gold cloth hangs from every window. But on the eve of the wedding, a lone, mysterious rider appears instead to claim Samilia’s hand. Within days, two great nations prepare for a senseless conflict over a beautiful woman; and an old, sad king looks on as his world and his family fall apart…

Bursting with colour and raw emotion, and embracing grand themes of loyalty, family, honour and war, ‘Death of an Ancient’ King is like a lost fragment of a Greek tragedy. Told in a simple, hypnotic prose that gathers beauty with every page, this small, prize-winning jewel of a book is impossible to classify, but the richness of its achievement announces the arrival of a major literary talent.

Reviews of Death of an Ancient King