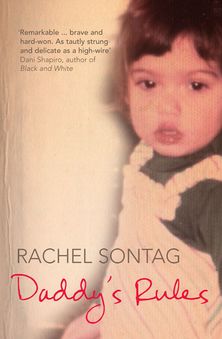 Rachel Sontag grew up in a family of four whose apparently happy exterior concealed a disturbing pattern of psychological abuse by her father and a distressing passivity on her mother’s part. Rachel was a bright and loving girl who tried to please her parents. But nothing was ever good enough for her pathologically controlling father, who would drag her out of bed in the middle of the night and force her to repeat after him: ‘I’m stupid, I’m worthless, I wish I had never been born’. Her mother, on and off anti-depressants and entirely under the sway of her husband, could – or would – do nothing but watch. As Rachel’s family slowly crumbles under the pressure of a man who refuses to accept his children for what they are, Rachel is forced to ever greater extremes in order to free herself from his crushing grip, in this compelling and beautifully written memoir.