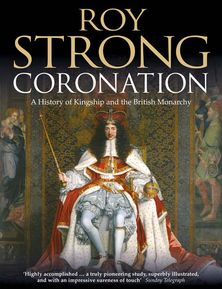 As a boy of sixteen, Roy Strong watched the grand procession carrying Queen Elizabeth II to her coronation. The spectacle was considered the greatest public event of the century. But now, so many years later, many people have little notion of what a coronation is and are unaware of the rich resonances of the ritual, or its deep significance in terms of the committal of monarch to people. This book is the first of its kind – a comprehensive history to set each coronation into its political, social, religious and cultural context. The story is one of constant re-invention as the service has had to respond to all the changes in fortune of the monarchy or the country, everything from legitimising usurpers to reconciling a Catholic rite to the tenets of Protestantism. It even had to be recreated from scratch after the Restoration of Charles II in 1660. In this way, Strong tells the story of British monarchy since the 10th century, and looks forward to the coronation of Prince Charles. The musical history alone is one of extraordinary richness – involving Henry Purcell, Handel, Edward Elgar, William Walton; the celebratory poetry; the art and the spectacular engravings published at coronations are all explored, as will be the more recent role of photographers. The book particularly concentrates on post-1603 developments, including the incredible story of the Stuarts, when the crown jewels used for hundreds of years at coronations were melted down as symbols of the hated Divine Right of Kings. Meticulously researched, with rich visual material, including illustrations of illuminated manuscripts, engravings, portraits, photographs and film and television stills, this will be a stunning, riveting history and a beautiful collector’s item.