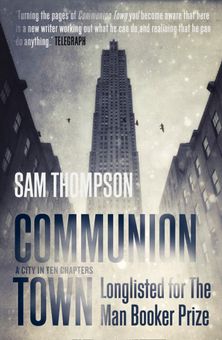 The Man Booker longlisted Communion Town reveals the shadows and sinister inhabitants of a city that never appears the same way twice.