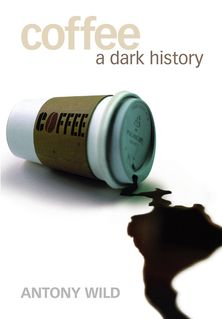 The extraordinary tale of the wildfire spread of the consumption of a drink which is embedded in our history and our daily cultural life.

The coffee industry worldwide employs more people – thirty million – than any other. It is the lifeblood of many third world countries, either earning them invaluable foreign currency or enslaving them to the monster that is modern global capitalism, depending on how you look at it. From obscure beginnings in East Africa a millennia ago and its early days as an aid to religious devotion, coffee became an integral part of the rise of European mercantilism from the seventeenth-century onwards. As well as being a valued trading commodity, it was the preferred beverage of the merchants who did the trading. The rise of the coffee house and the City of London were inextricably, perhaps even mysteriously linked.

In Coffee Tales, Tony Wild delves into the chemistry of coffee and its mysterious properties. He travels to Yemen, the source of the history of coffee, where European traders made their way across the Tihama desert to sample the delights of this exotic drink. He explores references to coffee in ancient texts of the Bible, Egypt, Greece and Rome. Always the natural recourse of the subversive and revolutionary, Sulemein the Magnificent banned coffee in Constantinople – offenders were sewn up in sacks and thrown into the Bosphorus.

coffee as allegory for global greed and mercantile ruthlessness. To many people, coffee has become largely just another commodity. Coffee Tales will restore our faith in the mystery of this unique beverage, embedded deep in our history and our daily cultural life.

Reviews of Coffee: A Dark History