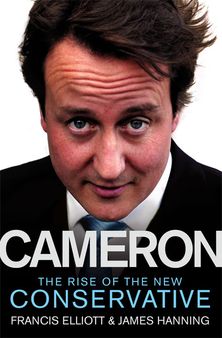 Cameron: The Rise of the New Conservative

David (‘Dave’) Cameron has recently emerged as the first Tory leader in years to come across as a man of the people, an ordinary bloke in a traditionally reviled political position. But, spin-doctoring aside, not a great deal is known about his background, his family life or his gradual rise through the ranks of the Party.

The son of a prosperous and disabled stockbroker father and a magistrate mother, and a descendant of King Henry VII, Cameron excelled at Eton and was voted most likely amongst his classmates to become Prime Minister. At Oxford he ‘played a lot of pool and ate a lot of kebabs’, but loved politics and worked extremely hard to achieve a high first. It was clear by then that he was headed for Westminster, and indeed a former colleague at the Conservative Research Department, which Cameron joined after graduation, referred to him as ‘a young man in a hurry’, a reputation cemented by his rapid rise to the head of the political department and the favour of John Major.

Cameron has also worked very closely with Norman Lamont, Michael Howard, and has been an MP since 2001. In 2005 he was asked by Howard to write the Tory manifesto, widely considered the most right-wing in post-war history. Months later, at the age of 39, he secured leadership of the Party.

This biography reveals more about the man behind the spin, and the first Tory leader in years to have a chance of leading the party to victory. It explores the future direction of the Conservatives. Is the current honeymoon evidence of a new Tory Party, or simply recognition that the appearance of newness is needed? Will he really be prepared to jeopardise the support of the traditional grass roots? How deep are his environmental credentials? How will he react when the press turns nasty? Does his success mark a return of the old class deference? Or is it the opposite, a sign that background, for better or worse, is now unimportant?

Reviews of Cameron: The Rise of the New Conservative