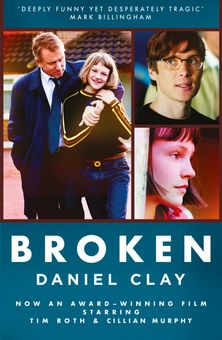 Now a major film, ‘Broken’ introduces you to the Oswalds – crass, cruel and seemingly untouchable. Until they go one step too far – and an entire community is torn apart.

Skunk Cunningham is a normal little girl, who nags her dad about smoking and always thrashes him on the X-box. She’s being bullied by the Oswald girls who live next-door. And she has a crush on Mike, the au pair’s boyfriend, who also happens to be her new teacher at school.

But then one day Skunk watches Bob Oswald beat friendless teenager Rick Buckley to a bloody pulp, and life on Drummond Square is never the same again.