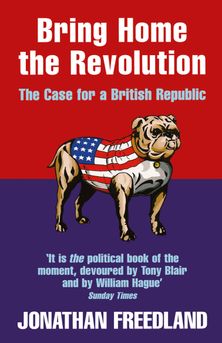 Bring Home the Revolution: The Case for a British Republic

On a switchback ride through the USA, riding pillion with America’s founding fathers, Jonathan Freedland searches out the qualities that made America the land at the end of his childhood rainbow, the place his grandfather and he conspired to run off to because of its open promise and unbounded potential.

Reviews of Bring Home the Revolution: The Case for a British Republic