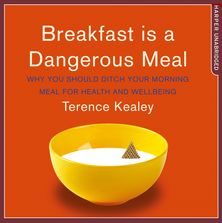 • What is the reliable scientific and medical evidence for eating breakfast?

• Why do people suppose that eating breakfast reduces the total amount of food they consume over the day, when the opposite is true?

• Who should consider intermittent fasting by removing breakfast from their daily routine?

• From weight loss to reduced blood pressure, what are the potential benefits of missing breakfast?