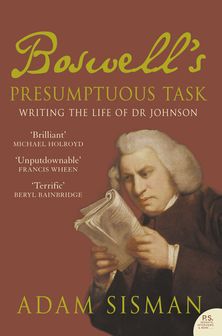 James Boswell’s ‘The Life of Dr Johnson’ is acknowledged as one of the greatest and most entertaining books in the English language: a model of biographical endeavour and achievement, an epic attempt to capture the spirit of a man who embodied the spirit of an age. And yet Boswell himself has generally been considered as little more than an idiot, condemned by posterity as a lecher and a drunk, a man who spent his short life in various states of dissipation, on a fruitless search for amusement and diversion. But Adam Sisman’s sparkling account of the writing of Boswell’s biographical masterpiece tells another story: of how Boswell succeeded in his presumptuous task of capturing the character of his garrulous, curmudgeonly, beloved friend Samuel Johnson on the page. And by tracing the friendship between the writer and his subject Sisman provides a fascinating, detailed and richly textured account of the writing of one of the masterpieces of literature in the English canon.