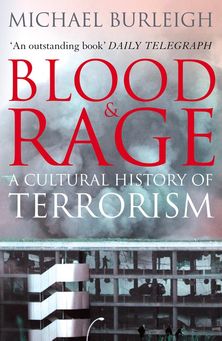 Basing his study on a wide range of sources and key players from the world of terrorism, Burleigh explains and defines the meaning of terrorism and marks its progression from its hard-to-trace beginnings to the modern day. Burleigh takes us from the origins of terrorism in the Irish Republican Brotherhood – the precursors of the IRA – on to look at Tsarist Russia, where the ‘intelligentsia’ launched attacks on organs of state, and left-wing fighting against ‘Fascism’ and ‘Nazism’ in the 1970s and 1980s in western Germany and Italy. But such nationalist terrrorism has in turn been eclipsed by international jihadist violence, largely driven by widespread resentment of the successful societes of the West. Burleigh explores the background and the milieu of people engaged in careers of political violence, and examines their various mindsets as revealed by their actions rather than their words. He makes clear that the West has considerable resources to comprehend and combat terrorism and shows how history enables us to see how terrrorism can be effectively contained and countered – if only by avoiding some of the major mistakes of the past. An unrivalled study that sheds an insightful new light on a plight that threatens to affect the world at large for many years to come, ‘Blood and Rage’ establishes Michael Burleigh as one of the most original, learned and important historians of our time.

Reviews of Blood and Rage