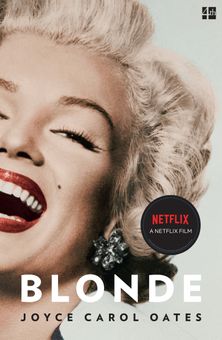 Who was Norma Jeane Baker? In ‘Blonde’ we are given an intimate, unsparing vision of the woman who became Marilyn Monroe like no other: the child who visits the cinema with her mother; the orphan whose mother is declared mad; the woman who changes her name to become an actress; the fated celebrity, lover, comedienne, muse and icon. Joyce Carol Oates tells an epic American story of how a fragile, gifted young woman makes and remakes her identity, surviving against crushing odds, perpetually in conflict and intensely driven. Here is the very essence of the individual hungry and needy for love: from an elusive mother; from a mysterious, distant father and from a succession of lovers and husbands. Joyce Carol Oates sympathetically explores the inner life of the woman destined to become Hollywood’s most compelling legend. ‘Blonde’ is a brilliant and deeply moving portrait of a culture hypnotised by its own myths and the shattering reality of the personal effects it had on the woman who became Marilyn Monroe.