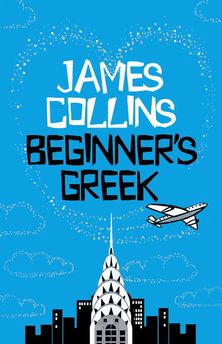 A hugely romantic debut novel about love and destiny from a talented new author.

‘Beginner’s Greek’ is set in New York City and tells the story of a young man named Peter Russell and a young woman named Holly Edwards. Peter works for a prestigious financial firm on Wall Street, and Holly teaches Latin at a private girls’ school – when they sit next to each other on a plane journey, an intoxicating tale of romance, coincidence and thwarted plans starts to unfold. Other characters include: Jonathan Speedwell, an extremely handsome writer who is also Holly’s husband, Peter’s best friend and, crucially, a cad; Charlotte Montague, Peter’s rather tiresome and pretentious wife; Arthur Beeche, the dignified, formal and very, very rich proprietor of the firm where Peter works; Julia Montague, Charlotte’s beautiful, young step-mother and Dick Montague, a successful, vain lawyer who is Charlotte’s father.

Take all these characters and throw in miscommunications, letters going astray, adulterous relationships, fiendish behaviour and ultimately an ending in which everyone gets their due…The result is a debut novel that is charming, fresh, clever and beautifully written; a deeply romantic story about the transformative power of love.