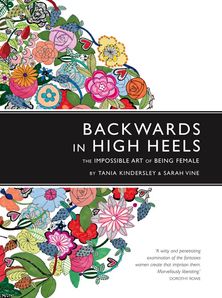 Working mothers are still expected to make their children’s costumes for the school play, despite the fact that home economics was abolished in the Seventies; we’re told it’s not looks but brains that count, and yet if we dare to leave the house looking vaguely our age we’re made to feel like failures; women’s magazines run earnest articles about the evils of size 00 culture, only to feature models with hips like 10-year-old boys a few pages later; we pay the same level of taxation as men, and yet on average we earn 25% less.