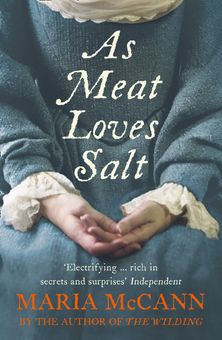 A sensational tale of obsession and murder from the author of The Wilding.

England, 1640s. Jacob Cullen is an educated, vigorous and dauntingly strong manservant in a Royalist household, who has begun to develop a dangerous interest in god-fearing revolutionary pamphlets. He is on the brink of marriage to his virginal sweetheart, but is unsure of his emotional needs, and in possession of a boiling point he reaches all too often. But Jacob is also afraid of being discovered as the murderer of a local boy and, as armed horsemen arrive on the very day of his wedding feast, it prompts a series of impetuous, temper-fuelled bad decisions: Jacob flees, dragging his new wife and one of his brothers with him. He proceeds to wreak havoc on the lives of others but mostly on his own fortunes – as a servant, a husband, a brother, a soldier, and, critically, as friend, co-conspirator and lover of another man disaffected by the lurch from freedom to tyranny now apparent in Cromwell’s New Model Army. To step outside the law, outside the state, outside the established and natural order of things seems to supply the only prospect of happiness…