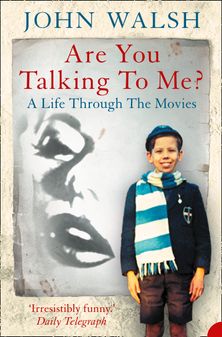 Are you talking to me?

‘This book will consider the influence of movies on one life, the interaction of celluloid fantasy and the growth of a personality. It’s not just a film buff’s record of his enthusiasms. It’s about how some films do, weirdly, change your life.’

Beginning with his first cinema outing, ‘The Mutiny on the Bounty’, and tracing his passion through his growing-up years to adulthood, John Walsh weaves together his own life experiences with his rapturous dependence on key moments in film.

The result is a funny, personal, loving account of the magic and drama of the silver screen and its ultimate, all-encompassing power to become larger than (real) life.

Reviews of Are you talking to me?