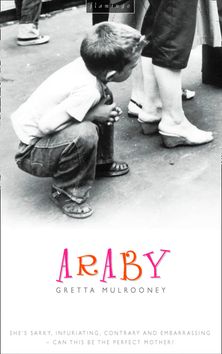 A funny and intensely moving portrait of childhood, death and a man’s relationship with his larger-than-life mother.

This poignant, witty, warm-hearted yet unsentimental novel charts the turbulent relationship of a mother and son.

As a young boy, Rory Keenan finds his mother bewilderingly and embarrassingly eccentric as his childhood is punctuated by hilarious, cringe-making episodes caused entirely by her unpredictable behaviour and bizarre habits and exploits. Kitty has a huge appetite – for food, for mysterious imaginary illnesses and for strange hobbies. Her irrepressible, opinionated nature ensures that she (and against his will, Rory too) is the centre of any attention to be had.

At the end of Kitty’s life, Rory, now a grown man, begins to come to terms with his confused feelings for Kitty – he loves her devotedly, but nevertheless her cussedness still infuriates him. As memories and secrets from his family’s stormy past in Ireland and London echo through the tragedy of her final, very real illness we are given an outstandingly vivid and compassionate vision of life, love and death.