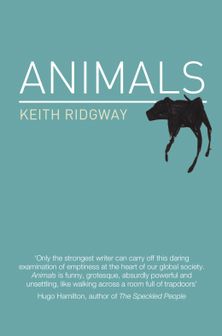 A novel of confusion and paranoia, love and doubt, fear and hysteria: unsettling, unhinged, provocative and bestially funny, ‘Animals’ is for human beings everywhere.