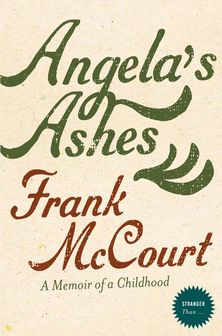 It is a story of extreme hardship and suffering, in Brooklyn tenements and Limerick slums – too many children, too little money, his mother Angela barely coping as his father Malachy’s drinking bouts constantly brings the family to the brink of disaster. It is a story of courage and survival against apparently overwhelming odds.

Written with the vitality and resonance of a work of fiction, and with a remarkable absence of sentimentality, ‘Angela’s Ashes’ is imbued on every page with Frank McCourt’s distinctive humour and compassion. Out of terrible circumstances, he has created a glorious book in the tradition of Ireland’s literary masters, which bears all the marks of a great classic.