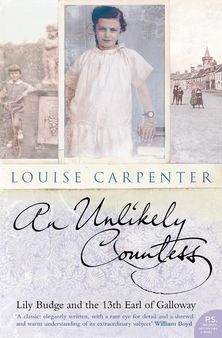 Randolph Stewart was lobotomized as a teenager after a crude diagnosis of schizophrenia. When the operation went wrong, he was hidden away by his aristocratic parents in a mental institution and then taken in by a sect of monks. By the time Lily Budge met him in 1975, he appeared a shy and lonely tramp. In reality he was the future Earl of Galloway, heir to a fortune and a title considered to be linchpin of the Scottish establishment. Lily, an extroverted character from a working-class family, would join him in a powerful bond of love that challenged conventions, made national headlines, and led to enormous heartache. A vibrant portrait of 20th-century Scotland, ‘An Unlikely Countess’ is also a profile of two unforgettable characters, and the doomed love that they shared.

Reviews of An Unlikely Countess