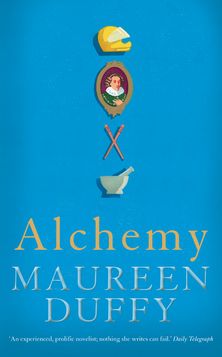 A compelling mystery which combines rich historical narrative with the story of a woman entangled in a 21st-century witch hunt.

Jade Green is a solicitor with her own practice, Lost Causes, that she runs from her London flat. She struggles to keep her business afloat, and supplements her income by delivering for the local Chinese takeaway.

Her life changes with a single phonecall. Dr Gilbert has been dismissed from his post teaching the history of science at the University of Wessex. Allegations have been made that he was corrupting the students with satanism; the professor himself suspects the university to be controlled by a fundamentalist christian sect.

As Jade delves into this bizarre case, she finds herself drawn into a seventeenth-century manuscript, the original of which has been stolen from the Professor’s briefcase at the university. It is The Memorial of Amyntas Boston, a young woman – raised as a boy – who is awaiting trial for dabbling in the black arts and in alchemy. Taken into service by Mary Sidney, she had fallen in love with her mistress and ultimately found herself betrayed by her.

The two stories intertwine as Jade feels her life mysteriously resonate with Amyntas’s; her hidden identities and her secret love. In this sweeping novel, Maureen Duffy combines the pleasures of detection with the mysteries of fraud, alchemy, early science and witchcraft. By turns passionate and drily witty, this is a compelling tale of love and labours lost and rediscovered.