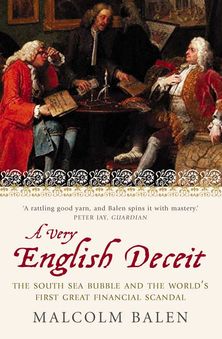 Reviews of A Very English Deceit