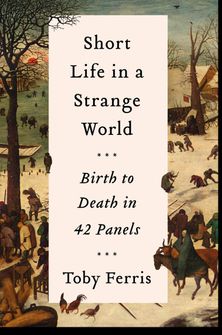 A Short Life in a Strange World

Reviews of A Short Life in a Strange World