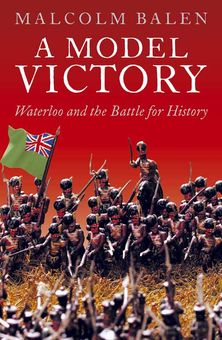 A vivid retelling of the Battle of Waterloo, based on unpublished soldiers’ written accounts. When a patriotic model-maker recorded the days’ events for posterity he left us with a glorified version of an English victory. Malcolm Balen brings us the muddy truth.

More than fifty thousand died or were wounded on the single bloody day of the Battle of Waterloo. This was killing on the scale of the First World War, and yet the glory of the British victory soon came to overshadow any notion of its gore. In this electrifying account of the day itself, Malcolm Balen combines extraordinary first-hand accounts of the battle with the story of William Siborne, a model-maker who, in the wake of the battle, wanted to leave to posterity a perfect and accurate representation of the crucial moment in the battle. The question was: Who won it? Was it Wellington’s forces or Blucher’s Prussians, or a combination of the two?

The accounts Siborne used to piece the muddy truth together read as if Waterloo had been fought yesterday. But the accuracy he relentlessly pursued came up against the British establishment and the Duke of Wellington’s desire to control the narrative of the day. In this fascinating and refreshing account of one of the bloodiest days in history, Malcolm Balen interweaves two battles fought: one in the muddy fields of Belgium, and the other over history itself.

Reviews of A Model Victory