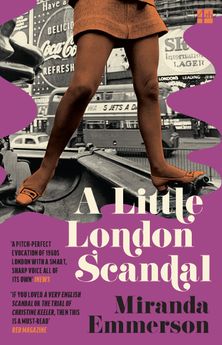 Nik felt the mistake in his bones.
The man in the snakeskin suit reached down towards him and pulled Nik upright by the collar of his coat. Nik didn’t see what happened next but he felt the wall. He cried out and then someone hit him and he closed his eyes and waited for it to be over.

Nik Christou has been a rent boy since he was 15. He knows the ins and outs of Piccadilly Circus, how to spot a pretty policeman and to interpret a fleeting glance. One summer night his life is turned upside down, first by violence and then by an accusation of murder.

Anna Treadway, fleeing the ghosts of her past, works as a dresser in Soho’s Galaxy theatre. She has learned never to place too much trust in the long arm of the law and, convinced Nik is innocent she determines to find him an alibi.

Merrian Wallis, devoted wife to an MP with a tarnished reputation, just wants proof that her husband couldn’t have been involved.

But how do you recognise the truth when everyone around you is playing a role – and when any spark of scandal is quickly snuffed out by those with power?